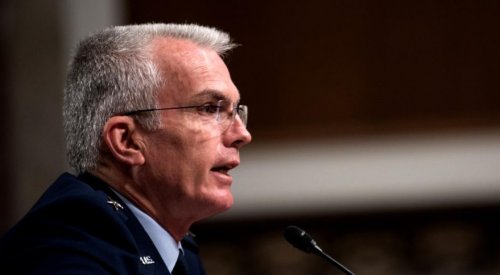 You’re reading the SN Military.Space newsletter we publish Tuesdays. If you would like to get our news and insights for military space professionals before everyone else, sign up here for your free subscription.
HOT TOPIC: No budget in sight • Vice Chairman Gen. Selva: ‘We’re gambling’ • How long can defense contractors hang on? 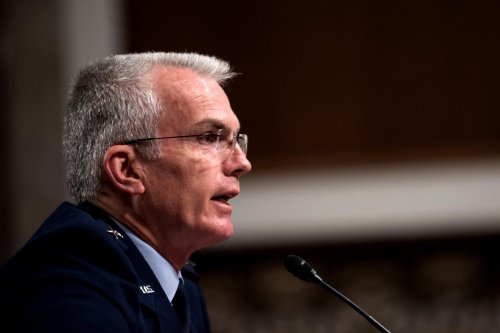 With still no budget four months into fiscal year 2018, the Pentagon is waiting to see where the chips fall. Defense officials are ready to take the FY19 budget proposal up to Capitol Hill but that may prove a tricky bet not knowing what Congress will appropriate for FY18.
“This is called gambling,” Vice Chairman of the Joint Chiefs of Staff Gen. Paul Selva, commented Tuesday during a meeting with reporters.
Cue the irony. “We’re trying to deliver a proposed budget on time to the Hill when we don’t’ know what we’re actually going to get for fiscal year 2018.”
Things are still tense on the Hill as a Feb. 8 deadline looms to pass another continuing resolution or shut down the government again. The circumstances that led to the Jan. 19 shutdown have not changed, with Democrats seeking a deal on immigration and spending increases for non-defense agencies to match increases for the military.
This is the tenth year in a row where the Pentagon has not seen a full-year budget on Oct. 1. “We’re getting used to it,” said Selva. But he suspects defense contractors are feeling more pain than the Pentagon under so many CRs. “The problem is that industry is not going to continue to adapt to it. And I don’t blame them,” said Selva.
The military can continue to train and deploy with temporary funding, but the lack of a budget is devastating contractors because the Pentagon cannot start any new programs. Even if training continues relatively unabated, “we can’t refresh any equipment that is used up in training, and long-term planning is exceedingly difficult.”
There is a false presumption that when Congress finally passes a budget, “you will not have missed any opportunity for investment,” said Selva. “That is ludicrous,” he added. Four months into the fiscal year, there is no way that “we can cram all the acquisition programs into the remainder of the year,” he said. “Industries are waiting for the starter’s gun so they can get to work.” How long will they wait? Selva asked. “Will any of them step off to the side and sit on the bench?”
Selva: Why space is hard to defend
“We’ve yielded an awful lot of ground to the Russians and the Chinese in space security,” Selva told reporters.
“Space is a really an open architecture,” he said. “If you have enough hobbyists with telescopes, you can detect all the satellites in low-Earth orbit. If you know where all those … are and you can precisely map their GPS coordinates — and you can map the time they saw the object you’re actually interested in — you can develop a reasonable detection and targeting system.”
This means the nation’s space assets can be detected even without “elegant radar and telescopes,” said Selva. “Russia and China possess both elegant radar systems and elegant space detection systems and they are able to subscribe to all of those other capabilities that already exist.”
Space companies respond to changing market 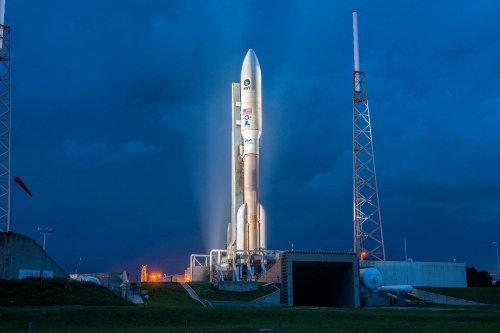 United Launch Alliance is coming to grips with the reality that its share of the military launch business will shrink as SpaceX rises as a competitor. In response, it is stepping up the marketing of its Atlas 5 vehicle to commercial customers.
“Commercial payloads have become more important to the bottom line,” industry consultant Loren Thompson told SpaceNews. “Without at least two commercial launches per year going into the next decade, ULA will be hard pressed to remain profitable.”
“As long as they had the monopoly on the U.S. government launch market, there was no financial need to try to win commercial contracts that in the end were not going to be very profitable,” commented Marco Caceres, an industry analyst at the Teal Group. “Their world changed when SpaceX came along.”
The corporation that owns half of ULA — Boeing — is feeling the heat in the satellite market as the demand softens in the defense and commercial sectors. Marc Johansen, Boeing Government Operation’s vice president of satellites and intelligence programs, said the company is trying to keep 4,000 to 4,500 highly skilled workers employed on various projects as it waits for the market to turn around. He said a resurgence in the commercial sector has helped keep Boeing workers busy and fill the gap until the Defense Department makes decisions on next-generation military satellites.
IN OTHER NEWS ….
U.S. Air Force combat pilots train ‘without space’ 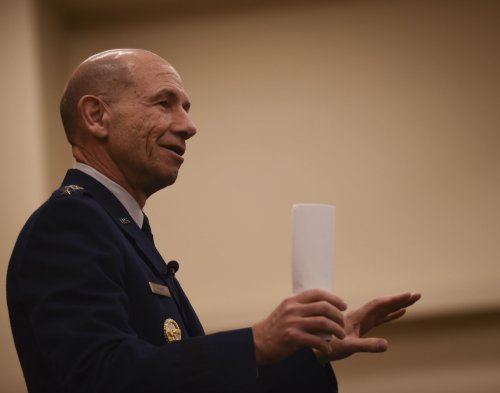 In a future war against a technologically advanced military foe, the U.S. Air Force may have to fight as it did in the industrial age: With little to no access to high-speed communications or big data pipes. Air Force pilots are learning this as they prepare to fight in the so-called “contested battlefield,” said Air Force Gen. James Holmes, commander of Air Combat Command. “We routinely train for environments where we can’t talk to each other.”
Developing and deploying more resilient communications and space systems are among the Air Force’s top priorities, nonetheless. “We want to work on our ability to communicate, and on our ability to fight when we can’t communicate.”
“A day without space is a really bad day for the people in Air Combat Command when they go to the battlefield,” he said. “But a day without conventional terrestrial forces will also be a very bad day for space because many of the primary threats to space systems are launched from the ground.”
Former F-16 pilot and NASA astronaut Terry Virts said this type of training makes a lot of sense. “I’d say it’s a good thing if everyone turns off GPS for a day and all of the comm and data links they depend on and just practice everything manual, with old fashioned radios and eyeballs,” he told SpaceNews. “It can be done! Not as well or efficiently, but airplanes can fly without that stuff. It’s great that they train that way.”
ICYMI: National space defense center now open 24/7 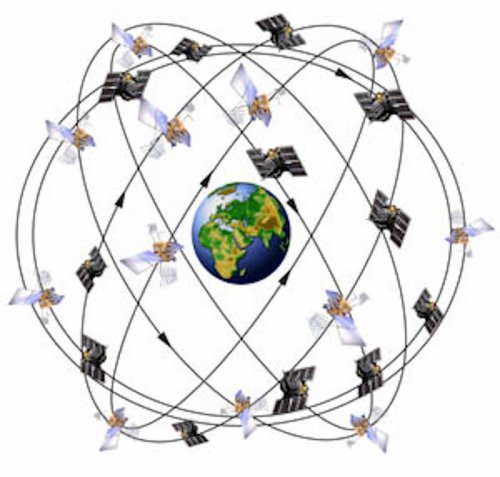 The national space defense center, or NSDC, created last year to police critical U.S. space systems, was declared operational earlier this month. Gen. John Raymond, head of Air Force Space Command, called the event a “significant milestone.” The NSDC marks the first serious effort to combine military and intelligence community resources to gather and share data about potential threats to U.S. satellites and supporting infrastructure. “We have officially transitioned the NSDC from an experiment to a functioning 24/7/365 operations center focused on protecting and defending the space domain,” Raymond said. The center is located at Schriever Air Force Base in Colorado.
Subscribe to SN Military Space
* indicates required