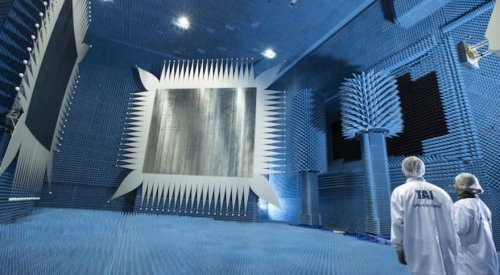 WARSAW, Poland — The Turkish parliament is deliberating on a draft bill to create a space agency  to boost the country’s space industry and facilitate Ankara’s expansion within the global space industry.
The draft was recently debated by the parliament’s Committee on Industry, Trade, Energy, Natural Resources, Information and Technology.
Speaking to the committee March 2, Turkish Transport, Maritime Affairs and Communications Minister Ahmet Arslan told lawmakers that the government aimed to launch the world’s 39th space agency. The move would allow Turkey to reduce its dependence on foreign technology suppliers, according to the minister.
“With Türksat 5A and 5B, by increasing the share of the local, national supply [of components], we will manage to produce satellite parts in our country, and with Türksat 6A, I hope we will produce it completely from the local, national supply [of components]. Owing to the Turkish Space Agency, we would like to become a country that not only produces and launches satellites, but also exports satellites,” Arslan said, as quoted in a March 5 statement by the ministry. “Of course, it is not enough to just produce satellites. It is very important for countries to have a capacity and ability to launch them.”
According to the minister, by establishing its national space agency, Turkey aims to join the “top league” of 10 to 12 countries that have their own satellite-launching capabilities.
“We hope to become a country that has the capacity to launch [satellites into space],”Arslan said.
By 2023, Turkey is also planning to reach a $5 billion share of the global space industry, Arslan said, as quoted by the state-run broadcaster TRT.
Ankara attempted to launch its first communications satellite in 1994 with  the ill-fated launch of the Türksat 1A on the Ariane 4 rocket at the European Space Agency’s Guiana Space Center.
The two newest Turkish satellites, Türksat 5A and Türksat 5B, are scheduled to be launched on the Russian Proton rocket at the Baikonur Cosmodrome in Kazakhstan in 2018 and 2019, respectively.
The state-owned satellite operator Türksat says that the domestic manufacturing contribution to the 5A satellite will represent some 25 percent. The 6A is expected to be launched in 2020.
The legislation states that establishing a space industry is part of Ankara’s broader economic development objectives.
“As a response to the needs of the space and aircraft industry, we will establish the Turkish Space Agency to contribute to the goal of making [Turkey] one of the world’s ten largest economies by 2023,” the draft bill says.
Under the draft bill, the new agency is to be established as an entity that will be supervised by the Turkish Prime Minister’s Office.
Given the comfortable majority that the ruling Justice and Development Party (AKP) holds in the country’s parliament, with 317 members  out of the 549 seats that are currently taken, it is most likely that the draft bill will be passed by the parliament without excessive delay.
﻿
Commercial remote sensing companies seek streamlined regulations
Why SES all but skipped Satellite 2017