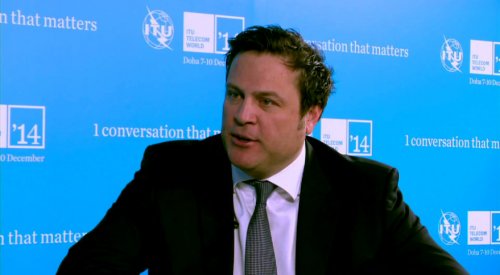 WASHINGTON — The chief executive of mobile satellite services operator Thuraya has left the Dubai company for a job in the United States, prompting Thuraya to name Chief Technology Officer Ahmed Al Shamsi acting CEO.
Samer Halawi told SpaceNews he resigned as Thuraya’s CEO in February and will soon be joining a satellite-sector company in the United States. He declined to identify the company, but said he will be moving to the U.S. for the job.
Halawi, a University of Michigan MBA who started his career with Ford and Daimler Chrysler, worked for Inmarsat and ICO Global Communications before becoming Thuraya’s CEO in February 2011.
Halawi’s departure comes as Thuraya prepares a next-generation constellation called Futura. Thuraya wants the future system to have L- and Ka-band capacity and global coverage, compared to its current two-satellite L-band system that does not reach the Americas.
In a March 30 press release announcing the leadership change, Thuraya said Al Shamsi “has been a key member of Thuraya’s leadership team since its inception in 1997,” and “was directly involved in all phases of its development, from concept initiation to complete deployment, operation and evolution.”
﻿
Europa lander work continues despite budget uncertainty
SmartSky raises $170 million for terrestrial in-flight connectivity network