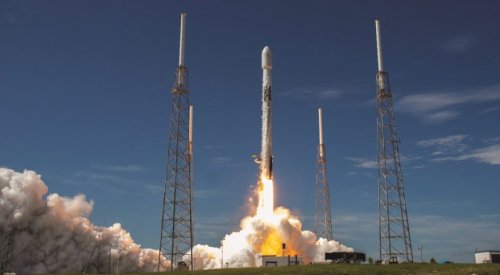 SAN FRANCISCO – Exolaunch signed an agreement to secure rides for dozens of small satellites on SpaceX rideshare missions scheduled to launch later this year and in 2021.
Under the agreement announced Oct. 8, Germany’s Exolaunch plans to integrate 30 U.S. and European cubesats and microsatellites on Falcon 9 rideshare flights to sun-synchronous orbit scheduled to launch in December. Exolaunch plans to integrate roughly the same number of satellites on a SpaceX rideshare flight in mid-2021.
In response to growing demand for launch services, Exolaunch plans to open an office in the United States. The company has not yet selected a location.
“As we continue to sign on more U.S.-based customers, it makes sense strategically for Exolaunch to establish an additional office in the U.S,” Connor Jonas, Exolaunch program manager, said in a statement.
Exolaunch is continuing to sign up customers for the second and third Falcon 9 rideshare missions slated for 2021.
“SpaceX program is a game-changer for the rideshare launch industry giving new impetus for numerous constellations of small satellites,” said Jeanne Medvedeva, Exolaunch vice president of launch services. “Teaming up with SpaceX, we are able to offer our customers seamless, reliable and cost-effective launch solutions and expand access to space.”
Customers signed up for launches through Exolaunch include Loft Orbital, Swarm Technologies, NanoAvionics, the German Aerospace Center DLR and German universities.
On the Falcon 9 flights, Exolaunch will integrate satellites with its EXOport adapter and send satellites into orbit with its CarboNIX separation system.
Prior to the latest announcement, Exolaunch secured Falcon 9 rideshare flights in 2020 and 2021 for cubesats built by NanoAvionics of Lithuania.
﻿
GHGSat lauds performance of methane-monitoring satellite
Europe’s P120C booster completes third and final static fire test