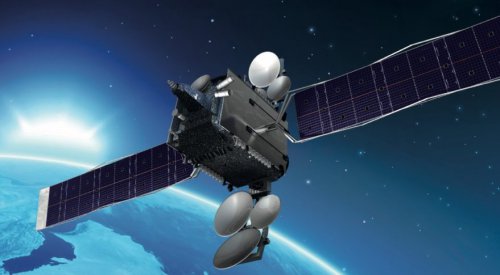 WASHINGTON — Avanti Communications took down its for sale sign Dec. 20 after cobbling together a $242 million refinancing package that buys the struggling British satellite operator enough time to launch its Hylas-4 satellite next year.
Avanti, which put itself up for sale in July, said Dec. 20 that it didn’t receive any acceptable offers. The company also disclosed that Orbital ATK and Arianespace gave it extra time this year to make payments on the construction and launch of Hylas 4, which has slipped several months to mid-2017 at the earliest.
“Since commencing the formal sale process, [Avanti] received indications of interest in writing from three strategic buyers and two private equity companies, including one formal indicative offer. Ultimately, the Board decided that none of the offers could be actioned because the Company believed that the offers received did not reflect the true value of Avanti,” Avanti wrote in a Dec. 20 statement.
Inmarsat, a much larger satellite fleet operator also based in London, acknowledged over the summer that it considered acquiring Avanti, but withdrew from discussions without making an offer.
In lieu of a sale, Avanti now plans to stay afloat until Hylas-4 launches next year by securing $130 million in new cash funding and deferring up to $112 million in interest payments into 2018.
Avanti says it already has support from bondholders representing approximately 73 percent of the company’s senior secured notes due in 2019, constituting the amount needed “to fully underwrite the $130 million of new cash funding.”
These measures would enable Avanti to continue financing Orbital ATK’s completion of Hylas-4, a high-throughput Ka-band satellite equipped with 66 fixed beams covering Africa and Europe, and four steerable beams that could serve Africa or Latin America. Avanti said lower than expected revenue tightened available working capital, and caused funds needed for the satellite’s construction and launch to wither.
Avanti reported $82.8 million in revenue for the year ending June 30, down from $85.2 million the previous year. Avanti expects revenue to grow 30 to 40 percent annually over the next two to three years driven principally by increasing capacity utilization on the current fleet and the launch of Hylas-4.
“After a turbulent year for Avanti, it is important for us to focus all of our attention on delivering outstanding services to our customers and preparing for the launch of HYLAS 4. This prized asset will more than double the revenue generating capacity of the fleet, bringing much needed extra capacity to mature markets in Western Europe and opening exciting new markets in West Africa,” Paul Walsh, chairman of Avanti said in the company’s Dec. 20 statement.
When Hylas-4 launches in mid- to-late 2017 aboard a European Ariane 5 rocket, it will complete Avanti’s coverage of Europe, the Middle East and Africa. Today, Avanti operates the Hylas-1 and Hylas-2 Ka-band satellites (commercially active since April 2011 and November 2012 respectively), a Ka-band payload on SES’s Astra 5B satellite dubbed Hylas-2B, and the multiband Artemis satellite acquired from the European Space Agency in December 2013.
Hylas-3, a steerable Ka-band hosted payload on ESA’s European Data Relay Satellite C, was previously expected to launch this year, but slipped to 2017. OHB is building the satellite.
Avanti said it was able to defer $18.7 million due to  launch service provider Arianespace until Dec. 28 and $20 million due to Orbital ATK until Jan. 1. The satellite operator also said Orbital ATK informed the company it would be delivering Hylas-4 in April or May next year, a quarter later than previously planned. Avanti is revising its launch date with Arianespace for sometime between July and October 2017.
Once launched, Avanti anticipates Hylas-4 utilization will grow to 25 to 35 percent by the end of fiscal year 2019. Commercially active Avanti satellites have a utilization rate of 35 to 40 percent as of fourth quarter 2016.
Along with laying out its refinancing strategy, Avanti also announced the appointment of Richard Mastoloni, a former Loral Space & Communications executive, to its board of directors. Mastoloni previously worked as a senior banker for JP Morgan Securities as well.
Contingent upon the consummation of the refinancing transaction, Avanti plans to reorganize its board of directors, keeping Mastoloni, current chairman Walsh, and Co-founders David Williams, CEO, and Technical Director David Bestwick, while letting the initial consenting creditors of the transaction choose three new non-independent directors. The board will also gain two other independent non-executive directors: one from a list of three independent candidates provided by the initial consenting creditors that Avanti picks, and another selected by the creditors from a choice of three independent candidates provided by the company.
﻿
JWST test gives NASA bad vibes
NOAA sees smallsats as good gap fillers for weather system