The mechanics of stripping empiricism out of America’s regulatory systems 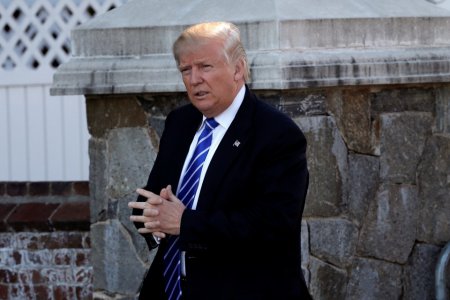 In September, the U.S. Food and Drug Administration banned 19 common chemicals from common antibacterial washes, because manufacturers hadn’t shown that they were safe in the long run, or any better than plain soap and water. In October, the Environmental Protection Agency (EPA) updated a rule forcing dozens of states to reduce levels of ozone and other air pollutants coming out of power plants—a move that would protect hundreds of millions of Americans from lung diseases.  In the same month, the EPA and the United National Highway Traffic Safety Administration enacted a rule that limits the carbon dioxide emissions from heavy-duty vehicles like trucks and tractors.

In a few months, these regulations could vanish, along with over 100 others designed to protect the health, safety, and welfare of Americans.

To an extent, regulations are necessary. Laws like the Clean Air Act, Clean Water Act, Occupational Safety and Health Act, and many others have been instrumental in improving health, saving lives, and protecting the environment. These rules are multiplying. Their opponents argue that they limit businesses, stifle innovation, add red tape, and cost jobs. Their defenders say that they boost efficiency, create employment in new sectors, and are moral imperatives regardless of costs.

It is clear where president-elect Donald Trump stands. “The monstrosity that is the Federal Government with its pages and pages of rules and regulations has been a disaster for the American economy and job growth,” he said during his campaign. Come January, he will have the power to take on that perceived monster.

As has been widely reported, a Trump administration can easily repeal regulations that were enacted by federal agencies in the final months of the Obama administration. But with the help of a few key new bills that are currently making their way through Congress, he could also thwart the very infrastructure of science-based policy making, transforming it from a process that’s merely frustrating into one that’s also futile.

Congressional Review Act (CRA). It allows them to issue a “resolution of disapproval” that repeals rules issued by independent agencies like the EPA or FDA, or even by the Executive Branch. And it makes the process very fast, immunizing it against delaying tactics like filibusters.

It sounds powerful, but there are two catches. First, the rules must have been enacted within the last 60 session days of the Senate. Second, the resolution must pass both houses of Congress and be signed by the President. And since no President would willingly negate their own regulations, the CRA is typically an impotent device.

It only becomes powerful under a very particular set of circumstances—when an incoming President wants to negate their predecessor’s recent works, and when their party controls both houses of Congress. That’s what happened in March 2001, when George W. Bush repealed a Clinton regulation that protected workers from ergonomic injuries—the only time in history when the CRA has been successfully used. And it’s what might happen when Donald Trump gets inaugurated in January. He’ll walk into the Oval Office with a Republican-controlled House and Senate behind him, allowing him to shoot down any significant regulation that Obama passed after mid-May.

The list includes the FDA’s ban on chemicals in antibacterial soaps. It includes EPA rules on methane and ozone emissions, formaldehyde levels in wood products, and efficiency standards for heavy vehicles. It includes rules on drilling for Arctic oil, managing wastewater from fracking, and protecting elephants from poaching. “There’ll be strong incentive for the Republicans to go after as many regulations as they can,” says Amit Narang, a regulatory policy advocate at Public Citizen.

They could also do so en masse. On November 17, the House of Representatives passed the Midnight Rules Relief Act—an amendment to the CRA, which allows Congress to disapprove of many regulations in one fell swoop. (The amendment is still awaiting Senate approal.)

Even without the amendment, the consequences of the existing CRA could be severe. Once a rule is repealed, the CRA stops agencies from issuing another that’s “substantially the same,” unless they’re specifically authorized to do so by Congress. “The CRA is like a nuclear bomb,” says Narang. “It not only kills a regulation but leaves a radioactive legacy.”

Regulations from the Executive in Need of Scrutiny (REINS) Act, is something of a spiritual opposite to the CRA. If it passes, it would mean that any major regulation—those with economic costs of more than $100 million—must be approved by both chambers of Congress within a 70-day window. Its proponents have billed it as a way for Congress to claw back some of the rule-making authority that they say the President has wielded too freely.

But critics say that the Act would allow Congress to block important legislation by simply doing nothing. “It would slow progress on all fronts, but on environmental policy, where there is such unified Republican antipathy, it would almost certainly result in a total freeze,” write David Roberts and Brad Plumer at Vox.

As it is, making regulations isn’t easy. Agencies have to recruit scientific experts, do research, compile evidence, go through peer review, face pushbacks from industry, and give the public many chances to comment. At any time, they could be sued or challenged in court. The REINS Act would allow Congress to discard all that empiricism for what amounts to a downvote. “It substitutes a political judgement for all the analysis and public process,” says Rosenberg. “You’d just have a popularity contest.”

Wendy Wagner, a law professor at the University of Texas at Austin adds that the Act would encourage industry lobbyists to circumvent the regulatory process by directly targeting members of Congress. “It lets the richest parties know that they have yet another bite at the apple,” she says.

That may not be a bad thing, says Susan Dudley, director of the George Washington Regulatory Studies Center. “If people don’t like the decisions, they can vote out the guys who voted for it out,” she says. “Right now, Congress has the best of both worlds. They can pass sweeping legislation but then delegate the details to regulatory agencies. If their constituents don’t like it, they can stomp their feet and say regulatory agencies have gone rogue. The REINS Act might make our elected representatives more accountable.”

“That’s a great idea if it were 1789,” counters Wagner. “Now, the rules are often 100 pages long. To imagine that all members of Congress have the time or energy to fully read or understand them is simply not credible.” Even if Congress were to seriously consider every rule on the cards, that would equate to almost a day of extra floor time per week—an unmanageable workload at a time of historically low productivity.

That said, there’s no guarantee that REINS will happen. Its most recent incarnation, proposed in January 2015, passed in the House and now awaits Senate approval. All past iterations have died at that point, even at times when the Republicans controlled the Senate with a greater majority than they’ll enjoy in 2017. (“[The] proposal must be seen as an exercise in political theater,” wrote Ronald Levin from the Washington School of Law, just last year.)

But the REINS Act will find a champion in Trump. Even though signing it represents a surrender of executive power, he has already promised to do so, and to “work hard to get it passed.”

Secret Science Reform Act, which was passed by the House in February 2015, and was sponsored by Lamar Smith who chairs the Committee on Science, Space and Technology. It would stop the EPA from developing rules unless all the information they used was “publicly available online in a manner that is sufficient for independent analysis and substantial reproduction of research results.”

That sounds great! For years, scientists have been trumpeting the value of free publications, of openness in methods and results, and of efforts to improve reproducibility. But the Act’s focus on reproducibility could be used to ignore decades-long epidemiological studies that are impractical to duplicate, or on one-off events like oil spills.

The call for openness is also problematic. When the EPA creates public health regulations, for examples, it often relies on studies that use medical records, which are confidential and cannot be legally released. “It’s a catch-22,” says Michael Halpern, deputy director of the Center for Science and Democracy. “You have to release all the data before you put the rule forward, but you can’t release all the data.”

The cumulative effect of these acts would be to “gut the scientific foundation of many of our landmark health and public safety laws, like the Clean Air Act,” says Halpern. “They’re not going after the laws directly but going after how the government can use science to fulfill those laws.”

Both Democrat and Republican voters say that the government should play a major role in ensuring safe food and medicine, protecting the environment, and setting workplace standards. Two in three people support the Clean Power Plan to reduce carbon emissions, and three in five say that stricter environmental protections are worth the economic costs.

Trump clearly disagrees. He has appointed committed deregulators to key positions; climate skeptic Myron Ebell, for example, is leading the transition team for the EPA. And in a YouTube video, released 21st November, he said that upon entering the Oval Office, he “will formulate a rule that says that for every one new regulation, two old regulations must be eliminated.”

“So important,” he added.

Other countries have related systems, but with important differences. The UK runs a misleadingly named “one in, three out” rule, where the costs of any new regulation must be offset by changing existing ones to save three times that amount. But the National Audit Office concluded that in enshrining that rule, the government hadn’t properly assessed either the costs of existing regulations or the benefits of deregulation. Meanwhile, Canada has a one-for-one policy, but one that explicitly excludes any protections to health, safety, or the environment.

There is no sign that Trump will push for such exceptions. His blanket approach “doesn’t make sense,” says Narang. “The decisions won’t be made on science, but on whether you can find two rules to get rid of.”

Dudley argues that the policy might encourage policy-makers to review existing regulations more frequently. “The scientific method is that you have a hypothesis, test it, and then revise it based on data,” she says. “But we never go back and test regulations. The incentives aren’t there for evaluation, so that could be an advantage of one-in-two-out.” Still, she argues that the policy may be unworkable, since removing a regulation typically takes as much time as creating a new one.

Indeed, creating regulations is already a tortuously slow process. After the Deepwater Horizon oil rig exploded in April 2010—an obvious and high-profile disaster—it took five years to improve safety requirements for the blowout preventers that are meant to avert such explosions. Under REINS and similar bills, that span of time would be even longer—perhaps infinitely so.

“I wouldn’t say regulations are perfect but we want them to be based in science, and to come from really strong evidence,” says Andrew Rosenberg, Director of the Center for Science and Democracy. “There may be a wholesale turning away from that science to this narrative of ‘regulations are bad.’”