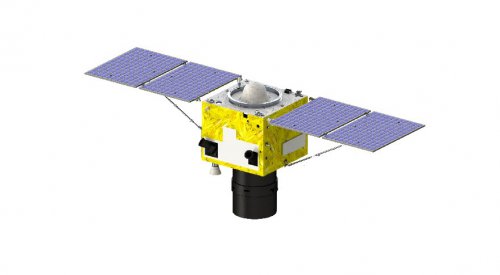 WASHINGTON — Two Chinese remote sensing satellites placed into a low orbit after an apparent problem with their launch vehicle are gradually raising their orbits and may still be able to carry out their missions.
The two SuperView-1 satellites launched at 10:23 p.m. Eastern Dec. 27 from the Taiyuan Satellite Launch Center on a Long March 2D rocket. Chinese media declared the launch a success, but satellite observers noted the two spacecraft were placed in elliptical orbits ranging from 214 to 524 kilometers rather than the planned circular sun-synchronous orbit at an altitude of 530 kilometers.
Since the launch, the two satellites have been gradually raising their orbits. Orbital data provided by the U.S. Air Force’s Joint Space Operations Center indicated that as of early Dec. 30 one spacecraft, designated SuperView-1 01, is in an orbit of 352 by 526 kilometers. The other, SuperView-1 02, is in an orbit of 369 by 526 kilometers.
Such maneuvers would be consistent with the satellites using onboard propulsion to raise their orbits, at some cost to their lifetimes. A secondary payload on the launch, a student-built small satellite named BY70-1, is in an orbit of 214 by 518 kilometers, suggesting it lacks a propulsion system to raise its orbit.
Neither the owner of the SuperView satellites, Siwei Star Co. Ltd. of Beijing, nor other Chinese officials have commented on the apparent launch anomaly. Outside observers noted that the timing of several events during the launch, including the separation of the second stage from the first stage and the second stage’s engine shutdown, were delayed from scheduled times by several seconds.
The two SuperView satellites are the first commercial Chinese high-resolution Earth imaging satellites. The spacecraft, each weighing 560 kilograms, carry cameras capable of taking images at a resolution of 0.5 meters per pixel. They will be joined by two similar spacecraft scheduled for launch in 2017, placed in the same orbit and separated from one another by 90 degrees.
Ultimately, Siwei Star Co. Ltd. plans to place 16 such spacecraft in orbit, in a constellation that will also include four satellites capable of even higher resolution imagery, four designed to produce synthetic aperture radar imagery and an unspecified number of hyperspectral and video satellites. That constellation, the company said prior to this launch, would be completed by 2022.
﻿
RSCC pays Russian-European manufacturing team to build next two satellites
NASA’s chief scientist departs