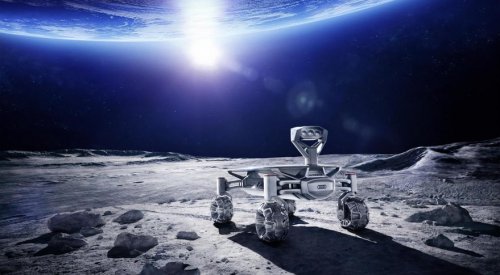 WASHINGTON — Teams competing in the Google Lunar X Prize, facing an end-of-the-year deadline to obtain a verified launch contract, may not know until some time in January if they will be able to continue in their race to the moon.
The competition, which offers a $20 million grand prize to the first private team to land a spacecraft on the moon, travel at least 500 meters, and transmit video and other data, requires the 16 remaining teams to submit a launch contract to be verified by the X Prize Foundation, which runs the competition, by Dec. 31. Teams that fail to do so will be dropped from contention, while those who continue will have until the end of 2017 to launch their missions.
To date, four teams have verified launch contracts: Moon Express, which will launch on an Electron rocket from Rocket Lab; SpaceIL, which will launch its spacecraft on a SpaceX Falcon 9; Synergy Moon, which will use a Neptune rocket being developed by Interorbital Systems; and TeamIndus, which will launch on a Polar Satellite Launch Vehicle from the Indian space agency ISRO. A fifth team, Hakuto, announced Dec. 20 it had a verified agreement to fly its rover on the TeamIndus lander.
A German team, PT Scientists, announced Nov. 29 it had a launch contract to fly its lander and rover as a secondary payload, likely on a Falcon 9, through a deal arranged by Spaceflight Industries, the same company that arranged the SpaceIL contract. At the time, the Berlin-based team said its contract was pending verification by the X Prize Foundation.
Team spokesman Sven Przywarra said Dec. 28 that PT Scientists was still awaiting word on the status of their launch contract, and did not expect to hear from the X Prize Foundation until next month. “X Prize is still verifying our launch contract and will make their decisions public later in January,” he said. “We have no further details so far and are awaiting the results.”
In a Sept. 27 talk at the International Astronautical Congress (IAC) in Guadalajara, Mexico, Andrew Barton, the director of technical operations for the prize, said the Dec. 31 deadline for launch contracts was the deadline for the X Prize Foundation to verify them, not for teams to submit them. It’s not known how many launch contracts besides the one PT Scientists submitted are being evaluated. Neither Barton nor X Prize Foundation spokesman Eric Desatnik responded to inquiries Dec. 28 about the status of the competition.
At least two teams are dropping out of the competition. In an op-ed published in SpaceNews Magazine Dec. 19, John Thornton, chief executive of Astrobotic, announced it was leaving the competition. Thornton said the company would continue to develop a lander for a 2019 launch, but said it was unwise for the company to be “chasing unrealistic prize deadlines” to remain in the Google Lunar X Prize.
Also leaving the race is Budapest-based Team PuliSpace. Tibor Pacher, team leader and chief executive of Puli Space Tecnologies, said Dec. 29 that his team was retaining an option to fly its rover on Astrobotic’s lander and was not planning to find another ride to the moon in order to remain in the competition.
The status of eight other teams remains unknown. Synergy Moon, in a Dec. 24 statement posted on Google Lunar X Prize web site, said it was joining forces with four other teams: Independence-X, Omega Envoy, Team SpaceMeta and Team Stellar. In the statement, Synergy Moon team representative Kevin Myrick said the arrangement was not a merger of the teams but instead a partnership “such that each team remains a separate entity and retains their current status as an official Google Lunar X Prize team.”
The statement didn’t explain the details of the partnership that would allow the teams to remain in the competition as separate entities without launch agreements of some kind. The four teams mentioned in the statement as partnering with Synergy Moon did not respond to requests for comment about their status.
Four other teams that have yet to announce launch contracts or other arrangements — AngelicvM, Euroluna, Plan B and Team Italia — also did not respond to inquiries about their status. One of the four, AngelicvM, had previously planned to fly its rover on Astrobotic’s lander.
Pacher said that he was skeptical that any team would be able to claim the prize before it expires at the end of 2017. “I think there is little chance for whatever team to meet the current deadline,” he said. “Signing a contract mere one year before the planned launch date looks anyway extremely risky.”
Barton, speaking at the IAC in September, said there were no plans to further extend the competition, whose deadlines have been stretched out several times. When the Google Lunar X Prize was unveiled in 2007, the competition’s grand prize was set to decrease from $20 million to $15 million if no team won it by the end of 2012, and would expire at the end of 2014.
Pacher said he accepted the X Prize Foundation’s plans not to extend the deadline again, but added that, should the foundation reconsider that view, it should “consider a fair reopening of the contest” for all 16 teams currently in the race.
PT Scientists’ Przywarra said his team would likely continue developing their lunar mission regardless of whether their launch contract is verified in time for them to continue in the Google Lunar X Prize. That mission plans to land near the Apollo 17 landing site, with their two rovers approaching the lunar rover left behind by that mission, the last human expedition to the moon to date.
“Our mission to the moon will take place in any way and as it stands today has a good chance of being highly competitive to be the first private mission to the moon,” he said, “with the added scientific value of visiting Apollo 17.”
﻿
Earth scientists are freaking out. NASA urges calm.
Chinese satellites raising orbits after launch anomaly