Space tech news » News » Reestablishing the National Space Council may not be such a great idea, experts warn 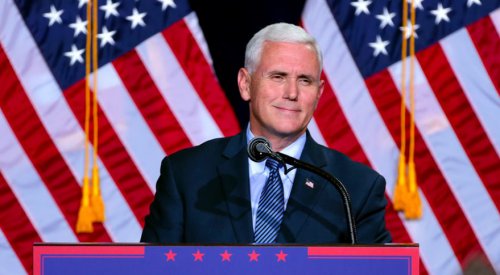 Reestablishing the National Space Council may not be such a great idea, experts warn.
The space policy issued by the Trump campaign prior to the election called for recreating the council, last in place in the administration of President George H.W. Bush, and advisers have reiterated plans to do so since the election.
However, the National Space Council has had a mixed history at best, historians and policy experts note, with both NASA and the Defense Department often perceiving it as another layer of bureaucracy between those agencies and the president. [Space.com]
More News
The return to flight of SpaceX’s Falcon 9 grows closer as its payload of satellites is prepared for launch. Iridium released a photo Thursday of 10 Iridium Next satellites being encapsulated in the Falcon 9’s payload fairing at Vandenberg Air Force Base, a step usually taken relatively close to a scheduled launch. That launch, the first since a Sept. 1 pad explosion destroyed a Falcon 9 and its satellite payload, is tentatively scheduled for Jan. 7, pending the outcome of an investigation into the explosion and the FAA’s issuance of a commercial launch license for the mission. [Spaceflight Now]
Two Chinese satellites placed in the wrong orbit after a launch earlier this week are raising their orbits. The two SuperView-1 Earth imaging spacecraft, launched late Tuesday on a Long March 2D, were placed in elliptical orbits with a perigee much lower than planned. Tracking data indicates that the two satellites are raising their orbits, likely using their own thrusters. A small student-built satellite also flown on the rocket remains in that original elliptical orbit. Neither the satellites’ owner nor other Chinese officials have commented on the apparent problem with the rocket that left the satellites in the wrong orbit. [SpaceNews]
NASA’s chief scientist is leaving the agency after more than three years on the job. Ellen Stofan left NASA this month “for new adventures,” according to an interview NASA posted on a social media site earlier this month. Stofan had been chief scientist since August 2013, serving as the principal adviser to the NASA administrator on science issues. Separately, NASA has named a new deputy associate administrator for its science directorate. Dennis Andrucyk, the current deputy associate administrator for space technology, will fill that post in mid-January. [SpaceNews]
Russian satellite operator RSCC has made its first payments for two new communications satellites. The company said this week it made payments to ISS-Reshetnev and Thales Alenia Space for work on the Express-80 and Express-103 communications satellites, scheduled for launch in 2019. ISS-Reshetnev is building the satellite bus for each spacecraft, while the Italian division of Thales Alenia Space is providing multi-band communications payloads. [SpaceNews]
Engineers believe a piece of debris may be keeping the drill on the Curiosity Mars rover from working properly. Analysis of data of the drill’s performance has shown a pattern consistent with a piece of debris becoming embedded within the drill, causing it to stop working intermittently. Engineers don’t know if the debris is a tiny rock that got into the drill, or something from within the drill itself. Project managers said they are still studying how to address the problem, with no guarantee the drill can return to full operation in the future. [Spaceflight Now]
Despite building a new spaceport, Russia has no plans to end use of the Baikonur Cosmodrome in Kazakhstan for the foreseeable future. Russian and Kazakh officials signed an agreement this week covering continued cooperation at Baikonur. Russian officials said that, despite the development of the Vostochny Cosmodrome in Russia’s Far East, Russia planned to continue using Baikonur and upgrading its facilities there, confident in the stability of the Kazakh government. Cooperation between Russia and Kazakhstan may also extend to other space projects, such as a new launch vehicle called Sunkar. [Sputnik]
Actor Ryan Gosling has been tapped to portray Neil Armstrong in an upcoming movie about his life. The movie, First Man, is based on the authorized biography of Armstrong of the same name by James Hansen. The movie will focus on Armstrong’s life in the 1960s, leading up to the Apollo 11 mission. The film will be directed by Damien Chazelle, whose latest movie, La La Land, also stars Gosling. Filming is scheduled to start in early 2017. [Variety]
﻿
The people and policy shaping NASA’s future under Trump
Google Lunar X Prize teams await word of their fate