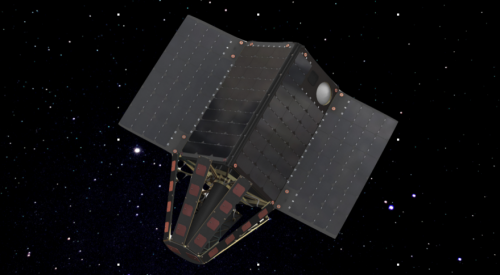 SAN FRANCISCO — Helios Wire, a satellite-enabled Internet of Things startup led by former UrtheCast founder and chief executive Scott Larson, announced Aug. 21 that it closed a $4 million funding round.
Helios Wire will use the money to pay for satellites to help customers track and communicate with billions of devices worldwide, Larson told SpaceNews. 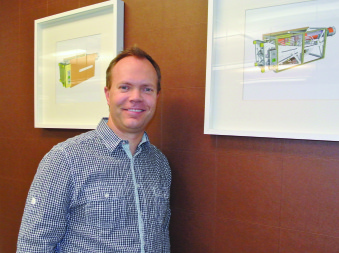 In December, Helios Wire plans to launch a small prototype satellite to demonstrate the technology it will use to relay short bursts of data transmitted from ground-based devices through satellites using S-band spectrum. The firm plans to launch its first two operational satellites in fall 2018, Larson said.
Astro Digital, an Earth-imaging and analysis company, is using its 16-unit cubesat high-power bus for Helios Wire’s mission, Chris Biddy, Astro Digital co-founder and chief executive, said by email. “These satellites will be 20 to 25 kilograms and are flying a custom machine-to-machine communications payload made to Helios Wire’s specifications.”
Helios Wire is manufacturing solar-powered sensors about the size of a cellphone and shoebox-size hubs designed to pick up data from multiple sensors that monitor variable like temperature, elevation, location and vibration.
“You can attach the sensors to things and they will beep information to space,” Larson said. “We think we can track a few billion of these devices for a few dollars a month for industries that don’t need always-on connectivity and are not looking to send huge data files. They just want to get information from a piece of equipment, a piece of infrastructure, an oil and gas pipeline or anything that is physically remote, for super cheap.”
Helios Wire plans to expand its space-based constellation as its business grows. With two satellites, the company will be able to pick up data from ground-based sensors every seven hours. “If you have 40 satellites, it’s every five minutes,” Larson said.
Helios Wire was established in Vancouver, British Columbia, in 2016. Larson declined to say how much money the firm raised prior to the Aug. 21 announcement.
﻿
Tropical Storm Harvey closes Johnson Space Center
Ursa uses radar imagery to reveal extent of Texas flooding