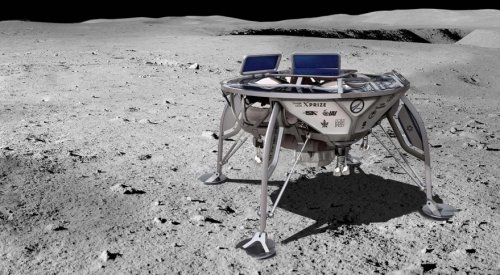 Updated Jan. 25 9 a.m. Eastern.
SEATTLE — The X Prize Foundation announced Jan. 24 that five of the 16 teams in the Google Lunar X Prize competition have verified launch contracts and can continue in the $20 million race to the moon.
The announcement, made in a statement by the foundation that runs the Google-backed competition, leaves on the sidelines a sixth team, PT Scientists, who had announced a launch contract in November but was unable to get the contract verified.
The prize rules required teams to have a launch contract in place, and verified by the foundation, by the end of 2016 in order to remain in the competition. Those teams with such contract have until the end of 2017 to launch their missions to land on the moon, travel at least 500 meters across the lunar surface, and return videos and other data.
One change in the rules included in the announcement was to adjust the Dec. 31 deadline this year from the completion of the mission to its launch, allowing a team to launch before the end of the year but not complete all the requirements to win the prize until 2018. At least one competitor, TeamIndus, had planned a launch in late December that would have made it impossible to win the prize without the change.
The five teams allowed to remain in the competition all had contracts the X Prize Foundation had previously announced had been verified. SpaceIL and Moon Express had their contracts verified in 2015, and Synergy Moon became the third in August 2016. The foundation verified TeamIndus’ launch contract Dec. 1, and verified an agreement by Team Hakuto Dec. 20 to fly that team’s rover on the TeamIndus lander.
One other team announced a launch contract in the final weeks of 2016. PT Scientists said Nov. 29 it had a contract to fly its lander as a secondary payload, likely on a SpaceX Falcon 9, through a deal arranged by Spaceflight Industries. The team, as of late December, was still awaiting a decision from the X Prize Foundation about the status of its contract.
The X Prize Foundation announcement made no mention of PT Scientists, and it later confirmed it was unable to verify the team’s announced launch contract. “Part-Time Scientists has not demonstrated that they have been able to secure a launch contract for a mission that would take place within the timeline of the Google Lunar X Prize,” said Chanda Gonzales-Mowrer, senior director of the competition, in response to questions submitted by SpaceNews.
PT Scientists spokesman Sven Przywarra said in a Jan. 25 email that the team was unable to get a launch contract before 2018. “The Google Lunar X Prize still has its main issue with the fact that our launch is tied to 2018. This is the only realistic schedule we can work with and so far, we are on track with it,” he said.
Przywarra said that the team would continue developing its lander mission, adding that, should the competition’s deadline be extended again, “I believe there might also be a good chance for us to be back in the race.”
The four teams that have acquired launches have used a mix of experienced and untried launch vehicles. SpaceIL plans to launch its lander on a Falcon 9, while TeamIndus will use a Polar Satellite Launch Vehicle under a contract with the Indian Space Research Organisation.
However, Moon Express plans to launch its lander on an Electron rocket from U.S.-New Zealand company Rocket Labs. The vehicle is scheduled to make its first launch early this year. Synergy Moon plans to use a Neptune 8 rocket from Interorbital Systems, a team member. That company has provided few updates about the status of that vehicle.
Synergy Moon also announced last month that it was partnering with four other teams that were unable to get launch contracts: Independence-X, Omega Envoy, Team SpaceMeta and Team Stellar. Gonzales-Mowrer said the foundation was pleased to see Synergy Moon make these partnerships, but that the combined effort “will be recognized as the team’s work on their mission” and not a formal merger of the various teams.
The teams that did not obtain a verified launch contract will be getting a consolation prize of sorts. The X Prize Foundation also announced Jan. 24 that it will split a $1 million “diversity prize,” a bonus award in addition to the main prize purse, among all 16 teams, regardless of their launch status. The prize was intended to be awarded to the team or teams that best demonstrated educational outreach to a range of audiences.
“X Prize and Google have been awestruck by the educational outreach activities conducted by all of the competing teams and have decided to split the $1 million Diversity Prize across all 16 teams to recognize each of their unique approaches and initiatives over the years,” Gonzales-Mowrer said in a statement. She confirmed later that the prize would be split evenly, giving each team $62,500.
﻿
Commerce secretary nominee says he will protect work of NOAA climate scientists
Japan launches first military communications satellite