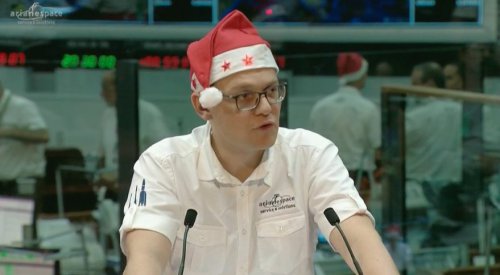 WASHINGTON — European launch provider Arianespace completed its 11th and final launch of the year Dec. 21, putting satellites for Asia’s and South America’s largest regional operators on their way to the geostationary arc.
The Ariane 5 rocket lifted off from Europe’s Guiana Space Centre in Kourou, French Guiana, at 3:30 p.m. EST carrying Embratel Star One of Brazil’s multiband Star One D1 satellite and Japan-based Sky Perfect JSAT’s JCSat-15.
Space Systems Loral built both satellites, which collectively weighed in at 9,833 kilograms. Star One D1, which had a liftoff mass of 6,433 kilograms, used the Ariane 5’s upper berth, while the 3,400 kilogram JCSat-15 took the lower position in the dual launch. 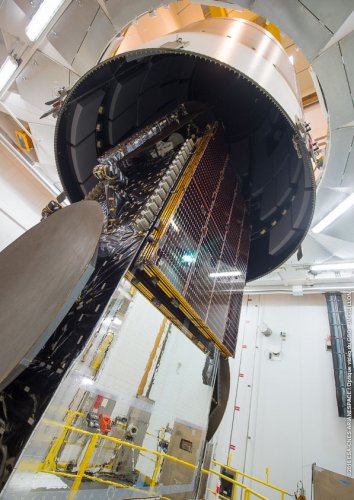 Arianespace launched seven Ariane 5, two Soyuz medium-lift rockets and two Vega light-lift rockets this year, orbiting a total of 27 spacecraft — a new record for the company. For much of the latter half of 2016, Arianespace conducted most of the industry’s commercial launches. SpaceX and International Launch Services sat grounded since the summer due to anomalies, with each preparing to return to flight in coming weeks.
Star One D1 is the first of Embratel Star One’s fourth generation of spacecraft, and the operator’s largest satellite to date. The satellite supports the company’s first Ka-band payload, while also carrying C- and Ku-band capacity. Embratel Star One will operate the satellite from 84 degrees west, providing broadcast, internet and cellular backhaul services for Latin America.
JCSat-15, Sky Perfect JSAT’s 17th satellite and third to launch this year, replaces N-SAT-110, a Lockheed Martin satellite at 110 degrees east that launched in 2000. The satellite is designed for broadcast and telecommunications services across Japan, Oceania, and the Indian Ocean.
Arianespace’s next mission is the Soyuz launch of Hispasat 36W-1. Previously known as Hispasat-AG1, the three-metric-ton spacecraft is severely behind its original schedule, which envisioned a 2013 launch. Built by OHB SE of Germany, Hispasat 36W-1 is the first to use a SmallGeo platform that, with financial support from the German and European space agencies, is the satellite manufacturer’s foray into building commercial geostationary spacecraft.
Hispasat 36W-1 arrived in Kourou at the beginning of December to undergo preparations for a Soyuz launch slated for Jan. 27.

﻿
ULA paying $100,000 to settle kickback allegations
ULA’s first launch of the year will be SBIRS GEO-3