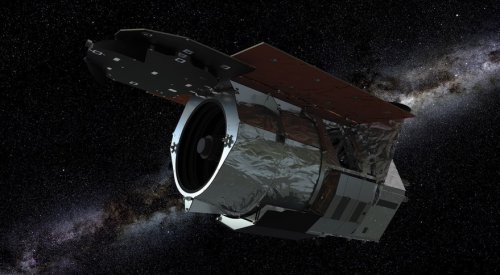 WASHINGTON — Congress will provide NASA with nearly $23.3 billion in the final fiscal year 2021 omnibus spending bill, restoring several science programs but falling far short of the funding sought for a lunar lander program.
Congress released the omnibus spending bill Dec. 21, a day after congressional leaders announced they had reached an agreement on a companion coronavirus relief package. The omnibus spending bill, a compromise between House and Senate bills, had been completed days earlier but its release was delayed until a deal was struck on the relief package.
The bill provides $23.271 billion for NASA in fiscal year 2021, $642 million more than what it received in 2020 but nearly $2 billion less than the agency’s request of $25.246 billion. A House spending bill passed in July kept NASA funded at 2020 levels, while a Senate bill introduced in November offered $23.495 billion.
The bill, as expected, funds several NASA science missions slated for cancellation in the administration’s original request. That includes the PACE and CLARREO Pathfinder Earth science missions, the Roman Space Telescope, and Stratospheric Observatory for Infrared Astronomy. The bill also funds NASA’s education programs, which the administration once again sought to zero out.
Key elements of NASA’s exploration programs, including the Space Launch System, Orion spacecraft and Exploration Ground Systems all received funding at or above the administration’s request. However, the bill provides $850 million for the Human Landing System (HLS) program, about one-quarter the administration’s request of $3.3 billion. The Senate bill offered $1 billion for HLS while the House version had about $600 million.
NASA officials, including Administrator Jim Bridenstine, previously warned that they needed full funding of HLS in order to keep a human return to the moon on schedule for 2024. “The budget request gave us what we needed to achieve a 2024 moon landing, and as of right now, this agency is meeting all of its milestones,” Bridenstine said at a Dec. 9 meeting of the National Space Council. “Ultimately, if we don’t get the $3.3 billion, it gets more and more difficult.”
The bill also sharply cuts the request for NASA’s commercial low Earth orbit development program, which is intended to support development of commercial successors for the International Space Station. NASA sought $150 million for commercial LEO development in 2021 but received only $17 million in the bill. NASA suffered a similar shortfall in 2020, when it received just $15 million of its requested $150 million.
The bill includes $1.1 billion for NASA’s space technology programs, the same as 2020 and far short of the original request of nearly $1.6 billion. The report specifies funding for both the On-orbit Servicing, Assembly and Manufacturing (OSAM) 1 mission and nuclear thermal propulsion that is above the agency’s request. Jim Reuter, NASA associate administrator for space technology, warned in September that reduced overall funding and directed increases to specific programs “greatly restricts our buying power for the other things we want to do.”
The bill includes several policy provisions related to various programs. It instructs NASA to launch the Europa Clipper on the SLS, but only if “the SLS is available and if torsional loading analysis has confirmed Clipper’s appropriateness for SLS.” That is an apparent reference to concerns that emerged in August about “potential hardware compatibility issues” between the spacecraft and SLS.
If NASA determines an SLS is not suitable for Europa Clipper, NASA can then conduct a “full and open competition” for a commercial alternative. The bill specifically states that NASA would not be limited to the vehicles currently on its NASA Launch Services 2 contract vehicle for that competition.
The bill includes $156.4 million for NASA’s planetary defense programs. It instructs NASA to “request adequate resources” for both the Double Asteroid Redirection Test (DART) mission, scheduled for launch in mid-2021, and the Near Earth Object Surveillance Mission (NEOSM), with the latter being launched in 2025. NASA stated earlier this month it delayed a review of NEOSM because of budget uncertainty for the project.
﻿
Lockheed Martin confident Aerojet deal will be approved, but it’s not a slam dunk
Omnibus spending bill funds Commerce Department space traffic management work